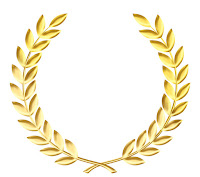 Of all the parables of Jesus, these are two of which I find most pungent for the believer:

Both of these parables address our personal calling, specifically given to us by God.  This calling, this assignment, is our race.   Finding our calling, running our race, enables us to finish well and receive a full reward, "the prize" as it's called by Paul.

In both parables, a nobleman leaves to go on a journey.  But before doing so, he calls his slaves and entrusts various assets to them.  In the parable of the minas, each one receives an identical investment.  In the parable of the talents, each one receives an investment tailored to their abilities.  And in both scenarios, the slaves all increase their investments except one who asserts the fear of his master and, because of that fear, does nothing with the investment.  In essence, the excuse is that the master would take from the slave what he had worked to produce - so what's the point of working at all?  "Here, you have what is yours," is the paraphrased response.

The typical doctrine of these parables suggests that you've been given talent or ability, so make sure you use it for God.  Otherwise, you're wasting the gifts He has given you.  While at a superficial level that is not an inaccurate description, there is a larger context involving "The Race," "The Judgement Seat of Christ," and the "Full Reward."

Our Race To Win or Lose

In a race, you're supposed to start at the beginning, run the assigned course and declare a winner.  In a foot race, not everyone wins.  But in God's economy, we're not in competition with others, but ourselves.

Therefore, it's possible to run the race but fail to receive a reward.  Because although we may have started well, we can get off course by choosing our own way or creating our own path instead of following the course designed for us.

We can run until we collapse, but unless we begin at a proper starting line and run the course laid out by the Course Master, we will end up in the woods or on some deserted road: exhausted, dehydrated and perhaps close to death, hoping someone will help us find our way back to where we should be.

Paul admonished the Galatians to get back into the race: "you were running well; who hindered you from obeying the truth?" (Gal 5:7). This reflects Pauls' admonition to the Corinthians when he said, "do you not know that those who run in a race all run, but only one receives the prize? Run in such a way that you may win" (1 Cor 9:24).  John had a similar admonition when he said, "watch yourselves, that you do not lose what we have accomplished, but that you may receive a full reward" (2 John 1:8).

Furthermore, we are not designed to run a race that exasperates us (Eph. 6:4) - anger, frustration, failure: those are not the course we have been given by a good father. While there will be such things and seasons in our life (2 Cor 4:8-12), we are designed to be more than conquers; we are designed to stay in the race given to us and to finish well.

What we see then, in these encouragements of Paul and John, are those things spoken by Jesus in the parables.  Some of the slaves received a full reward, while others received no reward and suffered loss.  This dovetails precisely into the Judgement Seat of Christ.

The Judgment Seat of Christ

At this judgment, Christ is seen as our judge.  We will be evaluated for our works (e.g., our works of the flesh or of Faith -James 2:14-26).  However, we will not be judged for our sins, since Jesus has been judged for us (2 Cor 5:21).  If we are to be judged for our sins, then the work of Jesus was incomplete and it is therefore not by grace through faith by which we are saved (Eph 2:8-11).   The implication, therefore, is this: at the Judgement Seat of Christ, we can
The point then is to live - to run your race - in such a way that you receive a reward.

James suggested that this life we live is but a vapor.  But it is this life in which we earn our eternal reward.  How you live it up to you.  What you do with your calling, and how you work it out, is up to you:

I Serve because I Love!

Some people, when considering the judgment seat of Christ eventually retort by saying, "I serve Jesus because I love Him - not because I'm expecting a reward!!"  But I would encourage such people to recall that it was John who loved Jesus the most and also said that we should live in such a way that we "may receive a full reward."

Secondly, there are things we are all called to do - preach the gospel, heal the sick, raise the dead, etc. (see: Matthew, Mark). These are general callings or commissions that apply to all of Gods' children.  But there are also things that apply specifically to a given person, e.g., Jeremiah: "'for I know the plans (thoughts, purpose, intentions) that I have for you,' declares the LORD, 'plans for welfare and not for calamity to give you a future and a hope" (Jer 29:11). It is this purpose to which we are called.  And as we consider what Paul said to the Ephesians, we see the same concept being echoed:

In other words, there is a purpose in our salvation: to perform good works, those which were prepared beforehand that we would walk in them.  Those good works include are our calling, our purpose in His Kingdom.

What is My Calling?

Only you can answer that question.  You may be called to raise godly children; to be a doctor; to teach impoverished children in the inner-city or science in the suburbs; to preach; to teach; to heal.

Your calling is for you, and only you can ascertain it.

The judgment seat of Christ will be for many, a good day.  But for those who suffer loss, it will be a bad day only to be made better by the joy of entering into His kingdom and by Jesus who wipes away our tears:

The point, then is this: everyone is on a level playing field: whether you receive 5 talents or 1, you've received that which you're capable of reproducing.  Everyone starts off well, everyone has been given a task.  But according to scripture, there's an end-game scenario where some of us can suffer loss, where some of us can have what was given to us taken away, and given to others.

Your mission, should you chose to accept it, is to find your calling and run your race well.
at April 08, 2017