Depression: What Not To Say 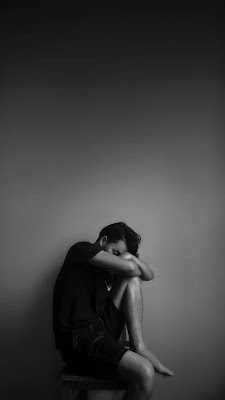 Over the years I've read a number of sermons and quotes of well-meaning people trying their best to explain away depression, or at least trying to provide some kind of a relief - if not more for themselves than for anyone else.


All discouragement and depression is related to the obscuring of our hope, and we need to get those clouds out of the way and fight like crazy to see clearly how precious Christ is.

Apparently, Piper is a Criswell fan.


a "Christian's freedom from anxiety is not due to some guaranteed freedom from trouble, but to the folly of worry and especially to the confidence that God is our Father, that even permitted suffering is within the orbit of His care."

That's actually the more difficult of the three quotes to parse.  But he seems to be saying that if you're depressed, then suck it up buttercup: your suffering is within God's sovereign design for you.

I would dare say that none of these men have actually ever been under the oppression of depression.  Not once, not ever.

They've never lived with daily suicidal ideations.  They never looked out from the 10th floor, wishing the window wasn't permanently locked.  They've never fought against the frequent curiosity of what it would be like to slip into the oncoming traffic or pass through the guardrail down the mountain.  They've never walked across that bridge and actually tried to take their own life, nor have they even stepped on the first creaking board of that so ever-friendly viaduct.

What Not To Say

First, don't say any of the things that Criswell, Piper or Stott said.  They don't have a clue, and your friend will more likely be offended, rather than encouraged.

Don't say, "I understand how you feel," if you've never actually been tormented with suicidal ideation; if you've never slept hours on end to make the pain go away; if you've never been able to keep up with your family at the park because you hurt so immensely throughout your head and body.  You don't know what it's like, so own it and don't try to pretend you do.

Don't say, "it's going to be okay, you'll see."  Truly depressed people are not just blue, down in the dumps or kinda sad.  They're despondent.  They're at the brink of collapse.  They're looking for something to distract them from the torment, something that can take the pain away for a few minutes and provide a brief respite.

Don't force them to do "fun things."  What's fun for you is probably not fun for them.  That's actually a clue: they don't want to participate in life with you or anyone else.

Don't give them your number and say, "call me if you want to talk."  First, they don't want to talk to you about their problems: that's just a forced re-hashing of the pain they're trying to escape.  Secondly, that's just a cop-out on your part.  You already know something is wrong, and you've just tipped your hand.  This means your depressed friend knows you're just avoiding the situation, and in doing so, you've revalidated their despondency.

Introduce them to professional help. Some Psychiatrists do have limited success in dealing with depression. None of my Psychiatrists ever did, but I've heard that it's happened.

Introduce them to Jesus. For the average Christian, this is actually the hardest thing for them to do (even if the depressed person is a Christian): most believers don't have a clue as to how to be the Body of Christ and administer the promises of Isaiah 53. Most Christians fall squarely within the declaration of verse 1: Who hath believed our report?  They read Isaiah 53 and chalk it off to fable or some fantasy that can never be achieved on this side of the grave.

I'm going to follow up within the next week or two and actually give you practical, Biblical guidance on how to help someone recover from emotional trauma - the kind of thing that leads to depression.