Obedience out of Love or Duty? Neither. 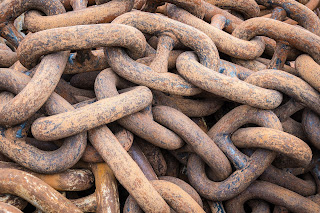 I was recently reminded of a John MacArthur article entitled, "Obedience: Love or Legalism?" wherein Mr. MacArthur makes the argument that while it's better be obedient due to our love of Jesus, it's certainly our duty to be obedient to Jesus.  He goes on to say that that "it is not quite right to say 'we obey out of love for Christ . . . and not out of duty.'"  He further underscores this sentiment by suggesting the Christian relationship to Jesus should be viewed as one of an "abject slave," and that Jesus underscored this sentiment in Luke 17:7-10:


“Which of you, having a slave plowing or tending sheep, will say to him when he has come in from the field, ‘Come immediately and sit down to eat’?  But will he not say to him, ‘Prepare something for me to eat, and properly clothe yourself and serve me while I eat and drink; and afterward you may eat and drink’?  He does not thank the slave because he did the things which were commanded, does he?  So you too, when you do all the things which are commanded you, say, ‘We are unworthy slaves; we have done only that which we ought to have done.’”

That’s a nice underpinning to his argument, but that’s all it is: scripture out of context to validate his doctrine.

The actual context of the instruction is that of relationship between one and another, as demonstrated via the parables of the Shrewd Steward, the Rich man and Lazarus, and finally a summation that “stumbling blocks come,” and we should “be on our guard: if your brother sins,” then we are to “rebuke him,” for the purpose of prompting him to repentance.

The apostles, upon hearing all of these stories apparently believed they were ill equipped to behave properly, thereby unable to produce the fruits necessary for these particular outcomes.   I would presume that Mr. MacArthur would have suggested to Jesus that He perhaps remind them of their duty to God - problem solved.

Nevertheless, having spent a lot of time with Jesus and having learned a thing or two, they surmised that their faith needed help: "increase our faith," they said.  Jesus simply replied, “if you had faith like a mustard seed, you would say to this mulberry tree, ‘be uprooted and planted in the sea’; and it would obey you.”

Which is why we have the parable of the slave following close behind the instruction to forgive.  The slave knows who he is and his purpose in life, particularly in relationship to his master.  In other words, the slave functions in relationship to his master and others from a state of being.  Just as the rich man should have functioned from his state of wealth and helped Lazarus; just as the apostles could have commanded the mulberry tree to be uprooted, and just as a Spirit filled believer will forgive.

Jesus later defined our relationship with the Father not as “abject slaves,” as suggested by Mr. MacArthur, but as friends, saints, kings, and priests:

No longer do I call you slaves, for the slave does not know what his master is doing; but I have called you friends, for all things that I have heard from My Father I have made known to you.  You did not choose Me but I chose you, and appointed you that you would go and bear fruit, and that your fruit would remain, so that whatever you ask of the Father in My name He may give to you.  This I command you, that you love one another.  (John 15:15-17)

to all who are beloved of God in Rome, called as saints: Grace to you and peace from God our Father and the Lord Jesus Christ. (Romans 1:7)

And hast made us unto our God kings and priests: and we shall reign on the earth (Revelation 5:10)

But just as a slave is obedient to his master because of who he is, and the mustard seed has an established nature, then we, who have His Spirit, bear the fruit of faithfulness and self-control because of what we are, not because of how we feel towards Jesus, or due to a sense of duty.

The point then is that we shouldn't have to be obedient from a point of love or duty.  To do so is not to walk in the Spirit, but to walk in carnality - to be doers of the scriptures - as any person can pick up a theology or philosophy and be doer of its writs.

The thing that should be driving the life of the believer should never be the need or duty to perform for God or others, rather the need to commune with Him.

In summary, the best way to serve others in the kingdom of God, as Kings and Priests, is from a position of intimate knowledge of who you are.  It's not something that happens overnight - it's a sanctification process of "receiving the implanted Logos, which is able to save your souls." (James 1:21).  It's learning how to accept forgiveness of your sins while at the same time, understanding that the iniquity (unrighteousness) that gives life to those sins, is blotted out.  Follow the Spirit, and cultivate the fruit of the Spirit, which is love:


But the fruit of the Spirit is love, joy, peace, patience, kindness, goodness, faithfulness, gentleness, self-control; against such things there is no law.  Now those who belong to Christ Jesus have crucified the flesh with its passions and desires.  If we live by the Spirit, let us also walk by the Spirit.  Let us not become boastful, challenging one another, envying one another. (Galatians 5:22-25)