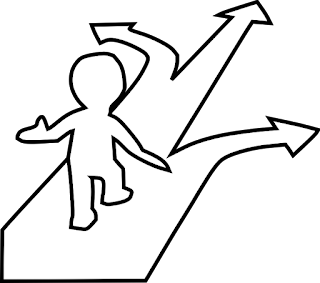 The most important thing to remember about any translation process is that it cannot be performed without interpretation.

This means, translation always carries the opinion of the translator.

When translating from one language into another language, such as Greek into English, there are at least three different tools that can be applied.

When I was cutting my Christian Teeth in the Southern Baptist Convention, I was taught - with no doubt what-so-ever - the KJB was a "word for word translation."  Imagine my dismay (and embarrassment of naivety) when years later, I learned differently.  I discovered that there are ideas, expressions, and syntax in Hebrew and Greek that simply cannot be expressed word-for-word in English.  In those instances, another tool is used: interpretation.

Interpretation is used with translation to convey the underlying idea of a word or sentence in a given language into their equivalent idea in a target language.  This is performed by applying various corollary ideas and constructs to adequately express the original idea.  If, however, this translation and interpretation process becomes overly cumbersome, we may use another tool called transliteration.

There are three reasons why transliteration is used:

Transliteration is the process of converting a word in a source language into a new word in the target language by either transposing letter-for-letter between the two languages or transposing sound-for-sound between the two languages.  In either case, a new word is created in the target language.  Since a new word is constructed, its definition must be provided by the translator.  Once defined, the word can be used to convey the original intent and idea without re-interpretation and translation.

Whether you realize it or not, several traditional New Testament doctrines survive as you know them only because of transliteration.

Depending upon your denominational bent, baptize either means sprinkling water upon someone, or it means immersing someone completely.

But did you know that baptize is a transliteration, not a translation, not an interpretation?

The interpretation or definition of the Greek "baptizō" (bap-tid'-zo) is to make thoroughly wet.  The appropriate translation is immersed.  Therefore, John the Baptist was actually known as John the Immerser.  When we realize that the traditionally correct method of baptism in the western (Catholic) church (Reformed or not) was sprinkling, then we understand why the transliteration was provided, and why its definition was obtained outside of scripture.

In the KJB, the word "deacon," in its various forms, is found 5 times.  It is transliterated from "diakonos" and "diakoneō."  But did you also know that these two forms alone are collectively found 67 times in the New Testament?  These two words are translated as follows:
Did you further know that Paul considered himself a deacon?

What then is Apollos? And what is Paul? Servants (diakonos) through whom you believed, even as the Lord gave opportunity to each one. (1 Cor. 3:5 [NASB])

Who then is Paul, and who is Apollos, but ministers (diakonos) by whom ye believed, even as the Lord gave to every man? (1 Cor. 3:5 [KJV])

Therefore, when you see transliteration without definition, you should consider that a huge red flag.

What the translators did, when providing a transliteration for deacon, was to hide the meaning of the word to support an organizational structure within a state-sanctioned and controlled institution. Substantially, they helped propitiate the office of the deacon where none existed.

For they that have used the office of a deacon well purchase to themselves a good degree, and great boldness in the faith which is in Christ Jesus.

If you consider the interlinear version of that passage, you will hardly recognize it.  Word-for-word, it reads as follows [words added for clarity]:


those indeed well having served a standing for themselves good acquire and great confidence in [the] faith that [is] in Christ Jesus.

The KJV translators took such liberty with this section of scripture, that the Greek word for office (praxis) - which means "a practice, deed or work" - is not even found in this section.


The point is to not take things at face value.  Dig in and discover for yourself what is actually there, or not there.