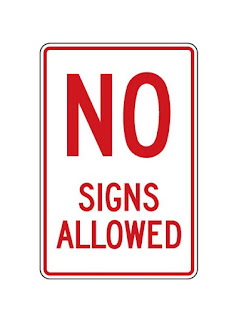 I know that many people believe Jesus told harmless, little white-lies in order to make a point. That is to say, He knew the truth about a topic, but actually said something completely opposite or wrong in order to make people think or re-consider an idea. I'm not one of those people.

In 2017, I wrote about Breaking Your Jesus Paradigm.  Today I'm adding an additional thought which I originally left out: how the common doctrine of miracles feeds into and prepares for, the eventual acceptance of the anti-christ.

When your belief system enables you to assign significance or value to a person just because of a miracle, then you have been taught to follow a wrong sign.  Jesus Himself said,

“... An evil and adulterous generation craves for a sign; and yet no sign will be given to it but the sign of Jonah the prophet;" (Matt. 12:39)

So, dare I ask: how many signs were given to that generation?  If your answer is greater than one, then you can be forgiven: you're probably just like me, having spent a good time in the average church.

The one sign given to that generation was the resurrection, and that sign was not performed by Jesus, but by the Holy Spirit (Rom. 8:11).  In doing so, Jesus was glorified by God (John 17:1)

Contrary-wise, the anti-christ will perform signs for the purpose authenticating himself, thereby deceiving many:


Then I saw another beast coming up out of the earth; and he had two horns like a lamb and he spoke as a dragon. He exercises all the authority of the first beast in his presence. And he makes the earth and those who dwell in it to worship the first beast, whose fatal wound was healed. He performs great signs, so that he even makes fire come down out of heaven to the earth in the presence of men.  And he deceives those who dwell on the earth because of the signs which it was given him to perform in the presence of the beast, telling those who dwell on the earth to make an image to the beast who *had the wound of the sword and has come to life. (Rev. 13:13-14)

Performing a sign for the purpose of self-authentication is deception, it is self-glorification: which is plainly and simply, an act of bragging.

Contrast that with love -


I would suggest that it is time we re-think the doctrine of self-authentication and self-glorification, and relegate it to the heresy that it actually is.