What is your Meta-Narrative? 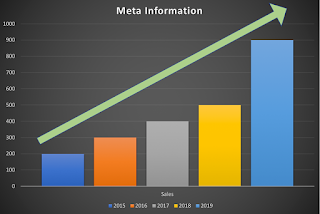 \ ˈme-tə - ner-ə-tiv' \ - Concerning or providing information about members of its own category.

All of us have a pre-disposed narrative or understanding about a given topic that we routinely bring to a discussion or investigation. In the practice of Science, this is regularly called the "observer-expectancy effect," or "observer bias."[1]


Being cultured in cessationism, I learned to bring the cessationist meta-narrative of my understanding of the world around me to my interpretation of the Biblical texts.

The Cessationist observes the world and finds little or no evidence of the miraculous.  Eventually, they settle on their theory: the supernatural does not exist today as it did during the life of Jesus.

Then they develop other theories that only the Apostles performed miracles, or perhaps they permit that only the first century Christians performed miracles.  Then they need to explain why the miraculous was limited to Jesus and those select few.  So, they invent a thing called authentication: Jesus and the elite few performed the miraculous to authenticate the Messenger  (Jesus) and the message (the gospel, or the new covenant)

In other words, they specifically assert that Jesus performed miracles for the primary purpose of authenticating Himself and His ministry, and allowed others to do the same to authenticate the gospel message.

Once you've established your meta-narrative, and applied it to your understanding of a given subject, you may have difficulties to eradicate.

For the King James Only folks, this can be a difficult challenge, which results in a lot of explaining on their behalf.  Their first problem is Mark 16:14-18:

"These signs will accompany those who have believed: in My name they will cast out demons, they will speak with new tongues; they will pick up serpents, and if they drink any deadly poison, it will not hurt them; they will lay hands on the sick, and they will recover.”

They solve this by casting doubt on the scripture itself, asserting that it was likely added in a later century.[4]   The astute thinker will see that this causes a problem with their Biblical inerrancy clause, casting doubt upon their beloved KJV and its veracity.  So the argument shifts from the efficacy of the translation itself to the autographs from which the KJV is derived, those being spuriously referred to as the "Textus Receptus."[5]

We all bring preconceived ideas to our table.  However, those ideas may be incompatible with other ideas which then spawn the creation of new doctrines that are generally held in dissonance with higher, or more fundamental truths.

The Effects of a Meta-Narrative

Any good Baptist will assert "the Bible as the sole authority for faith and practice."  They will also assert that their job is to "discover the truth of scripture, not decide the truth of scripture," and that "if the Word of God is our only authority for faith and practice, then the state cannot become a spiritual authority over the affairs of the church or the spiritual lives of individual Christians." (The Faithful Baptist Witness, pg 12, 2011 ed.)

In the light of such doctrine, we're forced to ask, "why does the Baptist Church service ("the affairs of the church") not look like the Biblical example" found in the New Testament?


What is the outcome then, brethren? When you assemble, each one has a psalm, has a teaching, has a revelation, has a tongue, has an interpretation. Let all things be done for edification ...  (1 Cor. 14:26-33)

If the Bible is their standard for Christian Practice, then why is this prescriptive practice not being followed?  The answer is simple: they've applied a Meta-Narrative.  In effect, they've discarded those things which do not fit their preconceived notions, their formulaic narratives of how church services are to be conducted.

Being Baptists, they cannot allow "a psalm ... a revelation ... a tongue ... an interpretation" to be given by just anyone since revelation is dead and they're all about controlling the message from the pulpit - and besides, the message lives with the pastor's interpretation of the Bible, not the congregation's.  Hence, since their doctrine of cessationism does allow for the "pastor and teacher" (but not many participants in the assembly), then there must be but one person who is performing the pastoring and the teaching in any given church service.

What we then have is the doctrine of sola scriptura providing for the Authority of the Pastor/Teacher, Husband, and Government entities to provide revelation through oversight and guidance, but direct, personal revelation by no other means (The Faithful Baptist Witness, pg 15ff, 2011 ed.)  Thus, their doctrine allows for the obfuscation of scripture, and it's authority for your life today.  We learn then, that  Mark 16, and 1 Corinthians 14, are not to be taken as literally acceptable for Chrisitan practice today, but only as information pertaining to a by-gone era.

Why?  Because of Meta-Narrative (aka, "because they said so.")

I've trodden down this path to highlight our propensity to observe the many facts of this world and to consequently, make the Bible conform to those facts.

That behavior is directly opposite of what Jesus did, and how He instructed us to behave (Mt. 17:20).

When Jesus approached death or destruction, He reversed it.  When Jesus saw disease, He eliminated it.  In other words, when Jesus encountered the facts of this world, He communed with the Father and asked, "what are you doing in this situation" (Jn. 5:19, 12:49)?  Jesus then acted upon what His Father said, confronting the facts facing Him and commanding that they be conformed to the revelation of God the Father.

We are not to castrate His word by conforming it to the death, theft, and destruction of the enemy.
at March 23, 2019 No comments:

The Heresy of God's Punishment 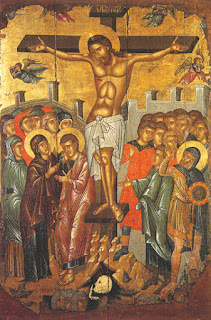 A Baptist whom I once knew, said: "you will have to pay for your sin."

I have learned to avoid some things like the plague, such as certain preachers and the blog space "Pulpit and the Pen".

In Isaiah 53 (the entire chapter), we find Jesus, the crucifixion, and all that He bought and paid for.  The chapter may be loosely summarized in verses 4-6:

Surely our griefs He Himself bore, And our sorrows He carried; Yet we ourselves esteemed Him stricken, Smitten of God, and afflicted. But He was pierced through for our transgressions, He was crushed for our iniquities; The chastening for our well-being fell upon Him, And by His scourging we are healed. All of us like sheep have gone astray, Each of us has turned to his own way; But the LORD has caused the iniquity of us all To fall on Him.

We could camp on Isaiah 53 for a very, very long time and still have material to uncover.  While that's all good, the point I want to make is this: Isaiah 53 is the solution to the problem.  Contextually, therefore, it precedes the description and the subsequent qualities of the repair.

Consider then, Isaiah 54.  We find there brief descriptions of life before Christ, then we find the result of His work:

Angry Christians and their Punishing God

It is common for Christians to talk about being under the punishment of God, or that God is punishing this or that person, or this or that country.  Sometimes we hear it spoken of countries and peoples after floods, tornados, hurricanes, and tsunamis.

One of the contradictions those same people never address is this: if Jesus paid (was punished) for all of the sins of the world, then why is additional punishment necessary?  It would mean that He didn't pay for all of our sins and that we are somehow responsible for sins that remain.  This is not an uncommon doctrine.  Sam Cathy, a Southern Baptist Preacher, once said: "... you don't confess sin, and get forgiveness of sin in order to stop its consequences.  You confess sin and get forgiveness for it to get back in fellowship with God.  But you will have to pay for your sin" (SHBC, around 28-30 minute mark).  What Sam Cathy and many others like him have done, is conflate our purpose (our works) with our sin.

In summary, if Jesus did not pay for all of our sins - if we must pay for some of our sins (either in the here and now, or in the then and there), then the work of the cross was incomplete, it was not finished.

The Source of an Assailant

“O afflicted one, storm-tossed, and not comforted, Behold, I will set your stones in antimony, And your foundations I will lay in sapphires. “Moreover, I will make your battlements of rubies, And your gates of crystal, And your entire wall of precious stones. “All your sons will be taught of the LORD; And the well-being of your sons will be great.  “In righteousness you will be established; You will be far from oppression, for you will not fear; And from terror, for it will not come near you

“If anyone fiercely assails you it will not be from Me. Whoever assails you will fall because of you.  “Behold, I Myself have created the smith who blows the fire of coals And brings out a weapon for its work; And I have created the destroyer to ruin. “No weapon that is formed against you will prosper; And every tongue that accuses you in judgment you will condemn. This is the heritage of the servants of the LORD, and their vindication is from Me,” declares the LORD.

So then, when we're under attack, or when we see people who profess to be Christians suggesting "He is a man who God is crushing beneath his thumb", we should ask ourselves: who is really doing the assailing, and why is the assault succeeding?

And we know that God causes all things to work together for good to those who love God, to those who are called according to His purpose.  For those whom He foreknew, He also predestined to become conformed to the image of His Son, so that He would be the firstborn among many brethren;