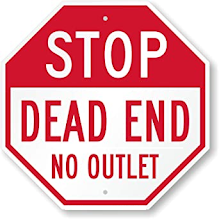 In the year 2020, we've watched practicing physicians lose their jobs (at worst) or be censored (at best) for discussing and reporting on their success in treating COVID-19 with innovative treatments.  In my opinion, the virus anti-remedy rhetoric was the cusp, the fringe of the arriving great delusion;

And for this cause God shall send them strong delusion, that they should believe a lie:  that they all might be damned who believed not the truth, but had pleasure in unrighteousness.

For the time {has} come when they will not endure sound doctrine; but wanting to have their ears tickled, they {have accumulated} for themselves teachers in accordance to their own desires, and will turn away their ears from the truth and will turn aside to myths.

Soon, the 2020 election will occur.  Regardless of who wins, there is likely to be turmoil.  The cheaters will be attacked, or the racists will be cleansed.  In either case, it will look much the same.

Soon thereafter, the persecution will begin, when sound biblical doctrine will be outlawed, or in the least, punished.  Pastors will be censored from preaching about sin, the kind that so easily offends many people.

With those things in mind...

I would encourage you to re-think the words of Jesus.  In Matthew 24, where He outlines the end of the age, He is not talking about a secret rapture - "the coming of the Son of Man" - He is explaining an aspect of the great delusion.  That being, everyone one is marching forward with their lives, doing their own things, not perceiving the signs of the time in which they are living:

While I would love to believe that the pre-tribulation rapture adherents are correct, I can find no indication that the rapture - secret or not - is ever referred to as "the end:"

But the one who endures to the end, he will be saved

It is time to find your courage.

Though the fig tree does not bud and there are no grapes on the vines, though the olive crop fails and the fields produce no food, though there are no sheep in the pen and no cattle in the stalls, yet I will rejoice in the LORD, I will be joyful in God my Savior. The Lord God is my strength, and He has made my feet like hinds’ feet, and makes me walk on my high places.
(Habakkuk 3:17–18)